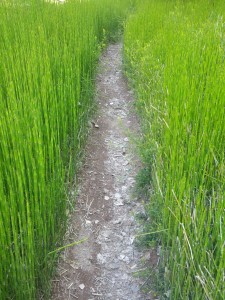 If you were to take a snapshot of my existence during the summer of 2004, depending on your lot in life, you might have wanted to jump right into the picture.  I was an active, healthy 42 year old, happily married, with good friends, financially stable, owned a self-designed home with a spectacular view of the 9,000 ft. Santa Catalina mountains in southern Arizona, with access to thousands of acres of trails out my back door.  I had a reliable horse, 2 beloved dogs, a summer cabin that I had just purchased in Colorado, and a part-time job that I loved, as a State Park Ranger specializing in environmental education programs with kids.  This job fulfilled my desire to continue teaching (I held a master’s degree in education, and had previously worked with children with blindness and visual impairments for years), while nurturing my soul with my true passion:  nature and the outdoors.

Life was good.  Did I have “issues”?  Sure, but not any more than anyone else.  Did I question what I was doing on the planet?  Yes…doesn’t everyone?  Did I see what was coming?  Not in a million years.  Nothing could have prepared me for the next 8+ years of living hell I was about to experience on a daily basis.  “Blindsided” is an understatement.  I was facing not only the loss of my life, but the loss of my soul.

I was infected in 2004 while vacationing on Block Island, Rhode Island, when a nymph tick lodged itself under the band of my diving watch (which faithfully stayed on my wrist, through showers and swims), and was effectively secured in place for two weeks where, unbeknownst to me,  it proceeded to dump its infectious contents into my blood stream.  Upon returning back home to Arizona, I woke up one morning with a feeling that my watchband was too tight…and when I removed it, underneath I found a tiny, period-sized black dot centered within a loosely ringed discoloration, which I thought resembled a brown recluse spider bite…a common poisonous desert dwelling spider which causes an ulcerated (and possibly necrotic) lesion.  (The obvious nagging feature of that theory being…how could a spider of that size ever have gotten under my watchband in the first place?)  Of course, that was not the epicenter of a brown recluse spider bite at all 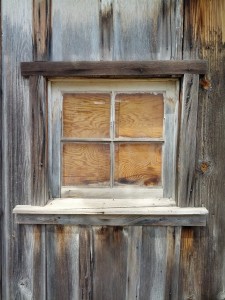 …but a nymph tick that I was seeing…surrounded by a bulls-eye rash (erythema migrans).  Naturally, I didn’t realize this at the time; in fact, I wouldn’t put it together until over a year later…when, for me, the window of opportunity for effective antibiotic treatment for Neurological Lyme Disease was long slammed shut, and I was already in Very Serious Trouble.  Little did I know, that by the time I discovered that mysterious black dot, the spirochetes had already entered my brain and nervous system, and in two short months, my world would begin spiraling out of control.

What happened over the next decade could fill a book (and maybe I will get to that one day, although I can’t imagine who would want to read it).  Maybe it would appeal to hard-core “horror” or “sci-fi” aficionados…but it would be more appropriately classified as a story of survival.  Not just day-by-day, or even minute-by-minute…but literally a second-by-second battle of will to stay on the planet.  It gave “living in the moment” a whole new meaning.

My odyssey began with misdiagnosis by many MDs and Naturopathic doctors for 1-1/2 years, many of whom claimed it was “all in my head”, which delayed early treatment and ultimately resulted in a case of severe Neurological Lyme Disease with co-infections including (but not limited to) Babesia and Bartonella, that dragged on for over 8 years.  I was considered an “antibiotic failure” and eventually dropped by the medical profession (including Lyme doctors), and was so ill I became housebound for over 5 years straight.  Had it not been for an open minded Integrative Medicine Family Practice physician who agreed  to re-test me for Lyme with more sensitive  measures,  I may never have been properly diagnosed. 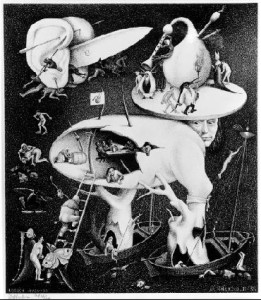 My symptoms were extreme and relentless; too many to list here, but included 24/7 searing nerve pain over my entire body, causing me to pace day and night, shut the windows and scream into a pillow for hours, severe oversensitivity to normal stimuli (i.e., light, sound, touch smell, taste, motion, etc.) which kept me in complete seclusion (I allowed no visitors for 5 years), continual maddening sensations of wanting to crawl out of my skin, cognitive impairment (e.g., sorting silverware was like solving a Rubik’s cube, and I could no longer discern the washing machine from the dryer or remember which corner of an envelope to place a stamp),  a constant feeling of deep “rawness” which was like wearing my unsheathed nerves on the outside of my body, and irritability rivaling that of a rabid dog.   This was just the tip of the iceberg.  I was eventually  told, even by LLMD’s (Lyme Literate Medical Doctors) that there was nothing more that could be done for me (I had tried many, many protocols, including 9 months of intravenous antibiotics through a picc line without experiencing any improvement whatsoever;  just a continual spiral downward).

I eventually became so toxic and environmentally sensitized that I could do no formal treatments other than Classical Homeopathy (via a compassionate doctor who’s valiant efforts kept me on the planet) for up to 5 years before starting mHBOT (Mild Hyperbaric Oxygen Treatment) with supplemental oxygen (I bought my own chamber and self-treated at home, 1 hour daily).   I now have my life back fully, med-free…working again, running (I had been a runner for 17 years, pre-Lyme), traveling, etc.  It has been a miraculous recovery, thanks to mHBOT (along with meticulous diet, and gradually increasing exercise).

I believe success with mHBOT depends on the frequency and consistency of use.  Many people say they “tried hyperbaric, but it didn’t work”, but if you query them, inevitably, they didn’t do it consistently or frequently enough, or for a long enough duration.  In my observation and experience, you must be fully committed to this treatment to have success.

In fact, I nearly made the fatal mistake of returning my chamber after 40 consecutive “dives”, not feeling any overt improvement at that point.  Fortunately, I was talked into continuing treatment by an experienced and successful mHBOT user, and felt the first “shift” (not necessarily improvement) after about 2 months of daily use.  It was a rocky, 2-step-forward, 1-step-back road to recovery, but after several more months, although I was not completely well, I was functioning again, and after 1-1/2 years, I was “back”…

Now, a few years from the beginning of treatment, I am still experiencing benefits from ongoing, but less frequent  use of the chamber…and truly have my life back…very active again, no medications, no restrictions.  I have ceased to be living under the shadow of Lyme Disease, and consider myself well.

I’m living proof that mHBOT works…and it has become my personal mission to “pay it forward” through the Free Radicals Hyperbaric Project, by increasing awareness and education regarding this often misunderstood and underutilized healing modality, and offering creative and alternative ways to make this option more accessible and affordable.